Luxury brands use partnerships to revive and alter the perception of the brand in the eye of the consumer. Louis Vuitton launched a partnership with Supreme in Fall-Winter 2017 which opened LV to many new millennial consumers. RIMOWA, the luxury luggage brand also owned by LVMH, followed the same strategy in 2018.

We provide a snippet of a recent video interview with a Former Director at RIMOWA who managed the brand's expansion across APAC.

Could you provide some context to the brand positioning and performance of RIMOWA when you joined a few years ago?

I joined RIMOWA right after it was purchased by LVMH, with the intention of making it a true luxury brand. RIMOWA, when I joined, was a beautiful and amazing product and a well-recognized product. Most of the hard work had already been done. That luggage, with the grooves, was very well-recognized in most markets, around the world, especially in Asia, thanks to the initial investment that had been done. But yet, the brand itself was not very well-known. Most of my immediate friends and family had no idea what RIMOWA was.

Clearly, we need to build the brand and build brand equity, beyond only, a simple luggage with grooves. That's what the team went on and did. One of the key levers, I would say, that we used to do that, were the partnerships. As I mentioned earlier, I think the Supreme partnership with Louis Vuitton was a fantastic example, so we did it, as well, at RIMOWA. We did it in very selective locations. We did it in very selective quantities and it was a very powerful tool. It was an extremely powerful tool to change, in the eyes of potential business partners, such as shopping mall partners, but also in the eyes of the customers, obviously, the brand value, the brand image, literally, overnight.

It shows that it's possible. But when you carefully craft the right story and the right impact for your brand, you can change overnight. But yet, what people don't realize is, that RIMOWA was already a strong product. It didn't come out of nowhere. It would not have worked in the same way, if the brand was totally new or the product was not a strong product. It only worked because the base was very strong. Supreme brought on the only thing that was missing to RIMOWA, which was branding. That strong brand name, they had it. They had no product; they only had a brand. We only had products, but no brand. So it was a perfect match.

It brought that desire for the brand, that craving. People were crazy about finding the luggage. They went online. Some sold for close to $8,000 on eBay, so crazy amounts of money, for luggage. That worked well, for RIMOWA. That's what we did. In parallel, obviously, the groundwork was about aligning the distribution network with the new strategy of the brand. Therefore, we internalized a lot of the distribution. As it has been said in the press, so I can talk about it, but the brand decided to go and work directly in some markets, in order to control distribution, relocate the stores, invest in capex with the new image that the brand has, which are fantastic LVM and stock concepts. Very modern and the opposite of what it was before, because LVMH had the financial means and capacity to heavily invest in the brand, to turn around, which was done very successfully, by the way.

A unique story. I always say unique, because every story is unique. We took RIMOWA with, again, a relatively weak branding, but a strong product base. It is not often the case. If you look at old brand, they tend to have a strong brand and a weak product offer. RIMOWA was the opposite of that.

Take the RIMOWA Supreme case. What made Supreme the right brand to partner with, at that time, for RIMOWA?

It brought to RIMOWA, what RIMOWA was lacking. Appeal to young customers and super-strong branding and excitement. It was a German, beautifully engineered product but rather a Germanic brand, in a way. A bit old-school, a bit boring. Supreme was at the opposite spectrum of the market. Extremely exciting, completely hyper street fashion and really for young people, with limited editions and so on. Everything that was not RIMOWA. By getting those two together, it created a very strong offer, in a beautifully designed package. Really nice and aligned the product offer; very modern. It really helped the brand to stand out in the market.

How would you compare the challenges you faced in RIMOWA, versus Goyard where, as you said, it's the opposite. It's similar, in a way, where they both had great products, but Goyard had a brand that's much stronger, but also much smaller. You had to go out both ways and really market the brand in different ways, to the customers.

The story was totally different, because Goyard was not well-distributed in Asia, when I joined, where RIMOWA was already in all the countries in Asia. It had a huge distribution network; way too large. Where for Goyard, time and patience were of the essence to build a brand and so on. At RIMOWA, speed was of the essence. We needed to turn around, very quickly. We worked day and night, in order to close stores and open new stores. Relocate that store in Hong Kong, from a backstreet, where nobody could find it, into a key retail location, with a nice façade on one of the main streets, to make it more appealing.

To go down from the seventh floor of the department store, to the ground floor, where the brand was more visible and so on. A totally different story for both brands, where Goyard was just waiting for the space to become available. For RIMOWA, it was relocating now, which was really the key issue.

When you look at RIMOWA's position in the market, did you have any challenges in maintaining that? What was the real strategy to maintain the price point, versus other players?

RIMOWA, obviously, has a unique story, again, because it's the leading brand, in its segment. It's, basically, inventing a new segment, which is luxury accessories, for travelling. Some brands have luggage. Goyard and Louis Vuitton were making some luggage, so it was the beginning of the accessories. But there was no brand, dedicated to lifestyle and travelling. RIMOWA is set to do so. RIMOWA is building a new luxury line of products, based on travelling, based on young customers. That was the challenge, to be able to convince and create that new offer, but actually, it was relatively easy, in a way, because we brought a new story to tell to the department stores and the shopping malls. Also, we saw quickly, that the customers were very receptive. Everybody travels. Also the growth of the travel industry is massive – was massive, before the virus. Therefore, the customers were keen to shift from their no-brand suitcase, to a branded, limited edition RIMOWA, because it was good for them when they travelled with friends, travelled with colleagues. Peer pressure, again, played its course. People came to us to say, I want a RIMOWA luggage, because all my colleagues have one. I need to have one.

Every brand will go through that kind of time where customers will walk into your store and say, I need one, because my friends have one. I just need to have one. They don't, necessarily, like the brand. Obviously, knowledge and passion for the brand are no longer a cost, but peer pressure is also part of the story that plays well, for RIMOWA.

Did you only use your own retail stores with RIMOWA in Asia or did you use other channels?

No question for RIMOWA because, in Asia, as opposed to Europe, to some extent, the solution that worked for this kind of accessories was, in terms of quality, not high enough and could not be high enough in quality, for the luxury brand to express itself. Therefore, it was already the case that they had opened many, many stores. It had been the brand strategy. Not where we wanted them to be, but at least they already had a retail concept and expressed it. Our job was, really, to convert it and to relocate, rather than to open brand new distribution networks. 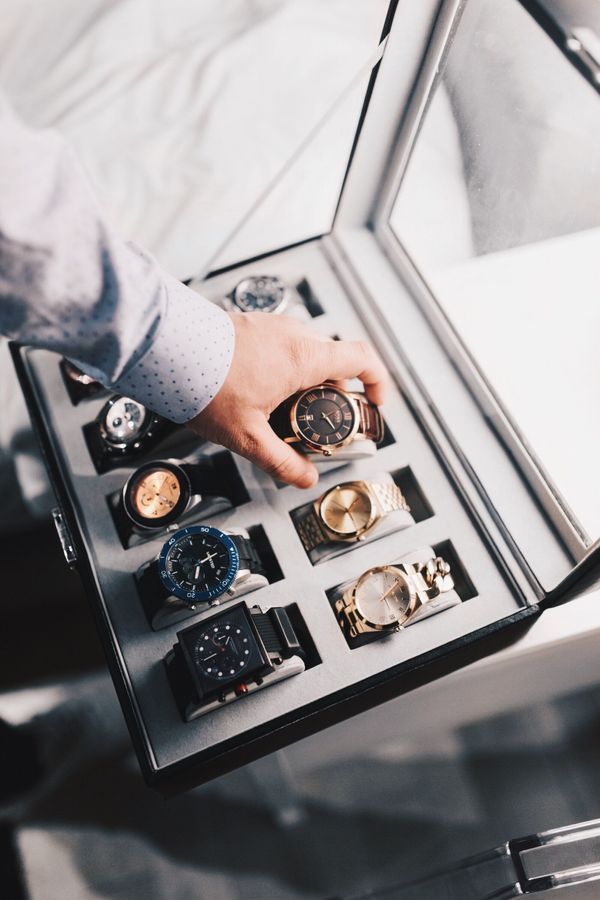 Rolex and Cartier are two of the largest and profitable watch brands globally. How would you compete with these two brands if you were running a smaller, luxury watch company?