We recently interviewed the Former Area General Manager of Accor China on comparisons between SARS and COVID-19 disruption and how hotels can manage ADR and occupancy.

In the full interview, we explore:

You mentioned that it's more of an L-shaped recovery than a V-shaped. Can you just elaborate on how you've seen ADR and occupancy change today, versus pre-Covid?

One of the lessons of SARS was that you shouldn't play with ADR. If you play with ADR, you're not necessarily going to gain in the short term, with a higher market share, firstly. Secondly, you're going to suffer long term, because if you drop your rates, then it's going to be tougher to go back to the rate strategies that you had before. That's one of the key learnings from SARS.

However, in terms of occupancy, RevPAR is going to be affected on the occupancy side and the cost structure is expected to be higher, because of all the huge cleaning supplies that hotels have stocked up, in terms of purchases and usage.

What's been the change in occupancy, in RevPAR?

Generally speaking, the occupancy dropped from the mid-80s, just before Chinese New Year, down to single digits. The single digits lasted until the end of March. In April, they went back to double digits. Overall, I would need to check the latest figures, but three weeks ago, the economy hotels, economy scale and two and three stars, were back in the 70% range. Five star and four star were in the 40% range. It depends on location; it depends on the city. Shanghai is better served than Beijing, because in Beijing, the rules are much stricter, due to the presence of the Chinese government in that city. They are not taking any risks there. Even today, Beijing is one of the cities where it's quite difficult to travel to.

What is your outlook on those four and five star hotels returning to 70% or 80% occupancy, in China?

I think it's going to very much depend on the opening up of the country to international business, that is going to give the extra boost, not only of confidence, but also foreigners in China will have to compensate, somehow, for the lack of travel over the past three months. Although you need to also consider that, I think people in general, will be much more travel wary than they were before, not only because of the expenses, but also because of a change in mindset, regarding airlines.

Do I really need to take a plane now that we've been used to Zoom meetings and digital meetings? We've realized that a lot of issues can be solved without being on-site, in person. It depends on the kind of reasons as to why you need to move. If you have to go and check a site construction, it's better, sometimes, to see things with your own eyes. However, I think that the homeworking space has had a huge impact on the policies of companies.

You mentioned that the big lesson you learned from SARS was to not move the ADR. Have you seen those economy or two to three star hotels decrease ADR, or even the four and five star ones?

Yes. There is a decrease, obviously, but it's not a big decrease. It's a promotional rate range, but they're not dropping rates 50%. It's really a range between 15% to 25%, depending again, on the location and on the city, the province and the pressure from the owners.

Read the full interviews at inpractise.com During the last month, we have interviewed over 10 former senior executives across the travel value chain to discuss the disruption to the industry. We also have 10 more interviews lined up through May. One huge question 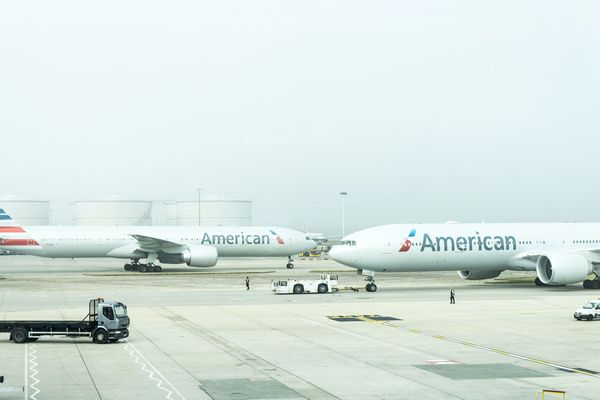 Read the full interview at inpractise.com We interviewed the Former CEO at Spirit Airlines on managing an airline through the coronavirus crisis. One particularly interesting discussion was how airlines