We interviewed the former CMO of Bottega Veneta, a Kering Group leather goods brand, to discuss the essence of building and marketing timeless brands.

During the full interview we also explore:

Let's talk about story-telling then. Just referring back to your time at Bottega. Maybe you can lay out the heritage and story of Bottega Veneta and that brand?

Bottega was a brand that was born in the 60s and it was family-owned and operated. Primarily, it was really the most known, from sales penetration and brand awareness, in North America, which was interesting to me, when I first joined, in 2000. The family were Italian, but they had moved to New York and had opened their first flagship on Madison Avenue, in the 80s. As a result, that's where they had the greatest brand awareness. When Gucci Group bought Bottega, in 2000, the company was almost bankrupt. It was really hanging by a thread. We were really starting from scratch.

The creative director, at the time, Tomas Maier, had a very clear vision of what he saw for the brand. Having a vision is critical and a real thought around an identity. He mapped that out, which made it much easier, as a marketer, to start building out on his vision. The vision, really, was to take Bottega back to the original premise, which was always around craftsmanship, artisanal know-how, the Veneto, which is a northern part of Italy, not to confused with Venice; it's very different. It's the people of the land, versus the water. That's a whole story, in itself.

The functionality, because, when the product was originally made, this cross intrecciato, this cross weave, that it was so known, it was the most iconic pattern, the reason that they made the bag that way, is that the Veneto, at the time, was really known for ready-to-wear. It was a region where mostly fabric products were being made. When the two guys that launched it, tried to make a handbag, the machines they had were for very, very thin fine leather. So once you made the bag and you put some things in it, it didn't really work so well. There wasn't a great functionality aspect. You would put things in the bag, it would, inevitably get heavier and it wasn't really structured for that. So they ended up stripping the leather and weaving it. By creating this intrecciato, you were doubling the amount of leather and the ability to put more weight in it, and for it to function.

It came from a place of functionality and design, craftsmanship and the really finest quality materials and logoless, which was a big point of difference. The original tag was 'When Your Own Initials Are Enough' which had been coined, I think, in the 70s and had disappeared. That was his idea, to really establish brand tenets, pillars, that we would refer to and every decision would be made against, as deciding criteria, to keep the brand very much on the road to what his vision was.

I think that it was a very simple concept, but very out of sync with what was happening at that time. That was the height of the It bag and this craze around accessories, that was just starting to build. I don't know if you remember, but Fendi, for example, had that Baguette, that was on Sex and the City and Carrie Bradshaw carried it. There was a new one, it felt like, practically every month. There was a real showy, glitzy, logoed fashion moment and so to launch this very quiet logoless, soft, very beautiful, very simple product it was very interesting. It was right before the Twin Towers in New York were bombed and was just a very strange time. We were really in the height of booming economy and this fashion moment and then after the Twin Towers were hit, I felt as if things had really stopped and quietened down, obviously, globally.

We had some economic issues, we had the war, there was SARS, which is quite interesting, when you think about what is happening right now, with Covid-19. It was a very similar moment; not as globally impacted. That was interesting, because it was almost like it was a palate cleanse, which allowed the brand to really, just be. As things started to come back, people were much more interested and open to, the idea of this timeless product that was never going to be marked down, that would have very controlled distribution. It was a new set of rules and a new set of standards that I never thought would be appreciated, as quickly as they were.

I always felt that Tomas Maier had an incredible vision and things that he wanted to do. I had never seen, showing the same bag on the runway, season after season. You just didn't do that, because there was fatigue and boredom and everyone always wanted something new. Inevitably, you would move on to the next bag and there would be the new one and the new one. That's how businesses were created. In fact, he did exactly what he said he was going to do, which, at the time, was quite revolutionary. This was in 2000, so 20 years ago, and it was a completely sustainable approach to luxury fashion. Actually, not fashion; luxury design. He was very anti-fashion, because he wanted to create products that were timeless and his whole idea was, once you are in fashion, inevitably, you will be out of fashion. Let's just not even enter into that fashion arena. Let's just create timeless, beautifully designed, functional product, that can last forever.

What does timeless mean, to you?

Timeless means a product that lasts, over decades, that continues to increase in value. This means, I bought this bag in 2000 and now, in 2020, it costs five times the amount that I paid for it then, which is definitely the case with the bags he made for Bottega. It's a product that looks as good today as it did 20 years ago, or that isn't so obvious that someone could say, I remember, that was runway Spring 2014, which trust me, there are products out there that are very identifiable, from a specific season and moment. I think that it's something that you feel there is an intrinsic value, that you would keep and, potentially, pass down or gift to someone, at a certain point and they would happily own it.

Then there's just the brand promise of what that brand stands for. Forget about the product for a minute. There are very few products out there, today such as this. I would say that Hermès is probably the unicorn and Tomas Maier spent 10 or 15 years at Hermès, so it's not surprising that he had this inherent perception. For Hermès today, the bags only increase in value. It's been a very carefully controlled, very carefully crafted, brand promise and it works. It's a very successful company, financially. They really drive their business, based on their own guiding principle. They're not looking outwards, to what other companies, other brands are doing, to find the rhythm. It's very much how they have envisioned.

I feel as if Bottega, definitely, would live in that space and that was Tomas's goal, to create something that had a timeless quality, due to the design of the product. I'm not a designer, so I don't know how one would even approach that. But if you think about it, it's furniture, it's watches, it's architecture.

Read the full interview at inpractise.com We interviewed the former CEO at Sealed Air on the challenges turning around an organization with 25,000 employees. Jerome highlighted the importance of shifting the power internally from sales to marketing to control the price. I 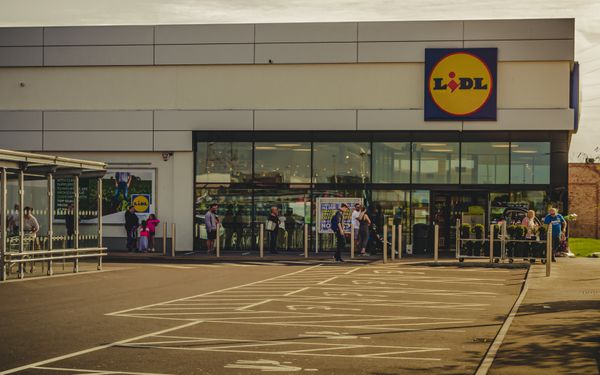 Read the full interview at www.inpractise.com We spoke to a former Vice President of Fresh, Chilled and Frozen Food at Asda, to discuss how European hard discounters Lidl