We spoke to a former Vice President of Fresh, Chilled and Frozen Food at Asda, to discuss how European hard discounters Lidl and Aldi broke into the UK food retail market.

In the full interview, we discuss in detail:

Let's talk about the underpinnings of the discounter model compared to the Big Four retailers.

I think it's a tough one to try to break down and make as simple as possible. In my view, initially, it's all about price. But it's a bit like Jim Collins' flywheel principle, once the flywheel gets moving in a certain direction and momentum is created, there are a number of other reasons which start to build and the flywheel just keeps getting faster and faster and more and more difficult to stop.

Going back to 2008, obviously there was a significant recession and customers' disposable incomes were falling, so the requirement for a lot of customers to shop in a discount operation became more relevant. Even if they didn't particularly want to be seen in an Aldi or buying Aldi products and having them in their fridge, there was a requirement for them to do that. And with a 20-25% price differential, that's a compelling reason. Added to that the fact that it's a limited range, means that when you shop in a discounter, there isn't the temptation to think, "I like that garlic bread with a bit of cheese on it, but it's double the price of the normal garlic bread" because it just doesn't exist in a discounter because there isn't the range. Not only are the discounters cheaper on everyday items, but there isn't the seduction to buy other items. When the customer walks out of the discounter the message that they used to give to us was: "It's so cheap in there, my basket in Sainsbury's is £120 and at the discounter it's £70." That was the ultimate driver.

Where I think the discounters have scored exceptionally well, and in some cases possibly without giving themselves enough credit for it, is the quality of their products has improved. Most of what they did was clever, they went to the factories and the manufacturers that were supplying the big four. By the way, overall, the supplier base would have a fairly negative perception of the big four, they believe they're bullies, they believe they get them in there and squeeze them down on price and their tactics are unethical in a number of examples, hence the whole grocery code of conduct.

A new kid comes on the block, very simple and easy to deal with, no category management, no nights out, no Wembley football tickets, so very low cost to deal with, keep it dead simple. And they think: "We can give these discounters marginal capacity and we can give these guys really good product. All we've got to do is turn up there, we'll do a 6-month contract, they'll buy the product, they pay us on time," because the Germans have just got a very good mentality on payment. They were then able to wrestle and sort the supply base out playing around at the edges. I'll come back to that because I think that's moving on a little bit now as their volume gets bigger and they can't pick up the marginal excess capacity in the market.

On that basis, they were able to produce some really, really good quality product. It's a lot easier if you're running a carrot cake down the line to Sainsbury's specification to just switch the packaging to the Aldi product, rather than having to re-engineer something that might be inferior to sell at a pound less, if you get my point there. That gave them the edge on quality. Their pricing mechanisms around everyday low price are very compelling to customers. Customers have become very, very suspicious of buy-one-get-one-frees, one minute it's £1, the next it's 50p, it's advertised as half-price and then the next minute it goes back to 85 pence, that yoyo pricing in the big four, which they're fixed into because it's what drives their volume. Discounters don't do that and that gives customers confidence that if the prices come down, it's a genuine reduction, if the price has gone up, it's a genuine increase. There's a reliability there.

Non-food is a really important part of their proposition. It represents somewhere between 10% and 15% of their sales. It looks like a jumble sale when you walk into the store, but it's very compelling. It drives customers to come in every week to see what's new and different in that store. And you can get some amazing bargains on products you would never even imagine you would walk in there to buy, fishing tackle, shower units, garden gnomes, I mean the list is endless. But it's all very well executed. It looks like a jumble sale, but it's tapped into this "I can get a bargain in here, because that's a really good product." What that does is it drives customers in but it also drives roughly about 40-45% margin mix, which is incredibly healthy for the bottom line. The big four have not been able to find a way to add that level of flexibility and churn into their offer. Basically, the methodology there is: you open up on a Thursday morning with a weekly leaflet advertising those products, you hope to have sold something like 60-70% of it by Sunday night, the balance of it gets sold Monday, Tuesday, some of it has to be cleared through, some of it ends up as waste. But the idea that you've got to get in there on Thursday or Friday if you want to guarantee you'll get stock. It's a call to action.

Location is important for the discounters. People are fed up of having to spend 3 hours in a big supermarket. You can shop at a discounter in a quarter of the time it takes to get the escalator to get to the top floor at Asda Pudsey. What the big four once considered to be a real asset for them, which was getting everything under one roof, has now been turned on its head because the stores are too big to shop. What you're tending to find is, whilst we weren't losing customers necessarily, we were losing a fairly significant share of their basket because they would make two shops. They would go to an Aldi to spend their £70-80 on their core essentials and then they would go to the Asda up the road and they would pick up the items that they couldn't buy in an Aldi. Spend was going down but you were still having to satisfy that customer.

Aldi and the discounters store locations position was incredibly well thought through. When you look around - maybe not so much anymore because some of that space is saturated now - they are almost cannibalizing the big boys by being located exceptionally close to them. They are almost in their car parks. When you read articles back in the early 90s and 2000s, people were saying these guys will never break in, they're a different proposition, they're a different market. Slowly but surely as customers have become more and more aware of the fact that you can get great value and great products, and there has been a blurring of the two perceived markets, people who shop in discounters and people who don't.

What led the incumbents to think there were two markets?

Their ignorance and naivety.

That is exactly the right word. A belief that who in their right mind would want to go and buy fresh meat and poultry from a German discount retailer. Even as I'm saying this, there is a certain amount of arrogance in my own mindset, I could still convince myself: "Why would they?" But, actually, if you deliver a great quality product at the right price…

I don't know if you watch much TV, I watched a TV ad the other night. It started off with a load of carrots in a basket and then it panned out to a beautiful shot of a rolling English countryside with cows and everything in the fields, and a farmer talking about this that and the other. It looked like a Sainsbury's or Morrisons advert but, at the end of it, very subtly, it just said Aldi and "They do value" at the bottom.

They are more British in their procurement strategy than the big four. They've been banging on about that message, the Britishness element of what they do. There were British flags everywhere on their materials. It supports this view that price was the initial catalyst. And, yes, timings around the recession in 2008 drove a greater awareness of shopping at the discounters. But, over time, all the other factors have started to make people realize these are a really good bet. There are two other things I'd like to comment on. Firstly, a fantastic focus on single item merchandising. Asda used to be really good at it but they're not as good at it anymore. Making a real hero out of individual products. You cannot read any articles about wine in the last 5 or 6 years, without Aldi being in the top 2 or 3 on a particular wine. I saw one the other day about some moisturizer cream that would cost you £300, the equivalent is £7 at Aldi. So they make real features of these products and most of them you can't actually buy anywhere else.

Another thing I'd like to comment on is waste. With fresh food, customers are becoming more and more conscious of waste. In Asda, we had base position on premium tomatoes at £1.85, and sold two for £3. Who wants two packets of tomatoes that are going to go out of date within 3 days? Aldi's position is to sell everyday at £1.45. Now, the challenge for Asda is if they unpicked that multibuy and sold it at £1.45, immediately, they've probably got, on the base price we're talking a 20% deflation. Multiply that by the store and you can see just what a challenge that is for the big four to get anywhere near Aldi on price. Not only have they got their bottom-line impact, but the top line is going to significantly reduce. And we all know, that as a publicly listed company, you've got to report everything every three months on your numbers, negative like for likes is a recipe for a CEO to lose his job. 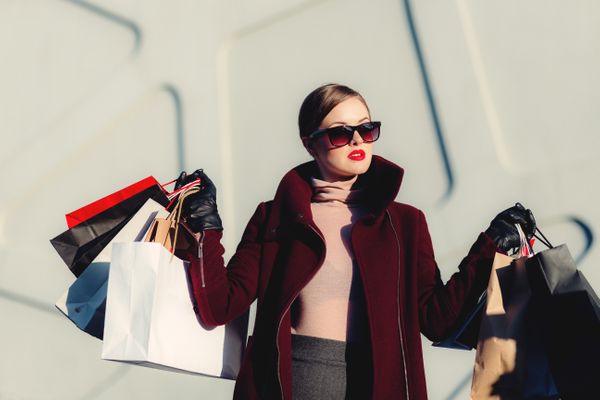 Read the full interview at www.inpractise.com We interviewed the former CMO of Bottega Veneta, a Kering Group leather goods brand, to discuss the essence of building and marketing

Read the full interview at www.inpractise.com We interviewed the Former Head of Growth at N26 to explore how the company acquired users in the early stages of growth and the messaging to early adopters. In the full interview, we explore: The positioning