In the last 15 years, Airbus has grown market share in China from 20% to 50% winning market share against Boeing.

We spoke to the Former Chairman and President at Airbus China to explore:

Can we take a step back now and look at the market and provide some context to when you joined Airbus China?

I joined Airbus China at the beginning of 2004. At that time, I guess that Airbus was delivering something like 40 aircraft a year, to mainland China. The Airbus, in-service fleet, in mainland China, at the time, represented only about 20% of the total fleet. 80% was Boeing, basically. When I left the company, at the end of 2017, by that time, probably the number of aircraft was more than four times the 2004 numbers, so in excess of 160 aircraft a year. We reached parity, with Boeing, in terms of the in-service fleet, around the end of 2013.

It was a very exciting period for Airbus, in China, for the first 15 years of the century, because we came from being way behind our competitors, to drawing level. It was a pretty exciting time to be in charge.

What were the core factors driving that growth in market share, for Airbus?

The biggest factor, of course, was the growth in the Chinese market itself. The Chinese market just began to explode from around 2003 onwards. Therefore, the Chinese airlines had an enormous need for new equipment, mainly for growth. Clearly, our objective, if we go back to 2003, 2004, was to catch up with our competitor, to draw level. That's to say, to end up with 50% of the in-service fleet. We set ourselves an objective to achieve that by 2015 and we managed to get there two years early, by the end of the 2013. We were pretty happy about our target setting and achieving that target early.

The main strategy that we used was to significantly increase our industrial cooperation in China. Frankly, prior to the 2000s, it was fairly minor but we began, in around 2003, 2004, to substantially increase industrial procurement from China. That means, mainly subcontracting to AVIC and several different AVIC factories in China, producing parts for Airbus aircraft. We also, in 2005, opened an engineering center, in Beijing. We significantly increased emphasis on the Wing program, which was the manufacturer of A320 wings in Xian, by AVIC.

Then there was an initiative to set up a joint venture, in Harbin, for composite manufacturing, to make composite parts for the A320 and the A350 programs. Of course, the one initiative, which I think many people are aware of, the setting up of the final assembly line in Tianjin, which was decided upon in 2006 and came on stream, with the first delivery, in the middle of 2009.

So there was a lot of activity in that period, in terms of increasing industrial cooperation with China. That has continued, in more recent times, with an innovation center in Shenzhen, an A330 completion and delivery center in Tianjin, next to the A320 final assembly line, and so on. It was a period of quite intense development of our industrial base, in China, which of course, was well-appreciated by the Chinese government.

What made Airbus regain market share, versus Boeing, during that time?

I think that was one of the main reasons, that we did really make an effort, in terms of increasing our industrial presence and our industrial cooperation with Chinese industry, which is something that the Chinese government gave great importance to. If we take the example of the final assembly line, the A320 final assembly line, in Tianjin, that was, in fact, a request from the Chinese government. It wasn't an Airbus initiative. It was a request from the Chinese government, which they made to both Boeing and Airbus. Boeing declined; we accepted. I think that made a significant difference to our situation in China.

It was an amazing project, because the request to consider doing this was made in July 2005. The first aircraft, as I said, was delivered in June 2009, so just four years after the request had been made. It was quite extraordinary to go from an idea to actual first delivery, in four years. An amazing project. The first time I went to Tianjin, at the beginning of 2006, the site of the future factory was just a never-ending view of cabbages. The whole thing took place at a very fast pace and it was, I think, one of the most important moves that Airbus made in China, and certainly, bore fruit. We managed to achieve our objective of having 50% of the in-service fleet, two years earlier than we had originally targeted.

Read the full interview at inpractise.com We interviewed the former Chief Strategy and Marketing Officer at Airbus on the potential impact of coronavirus on consumer behaviour and the wider industry. In the full interview we explore: Outlook on travel demand for both leisure 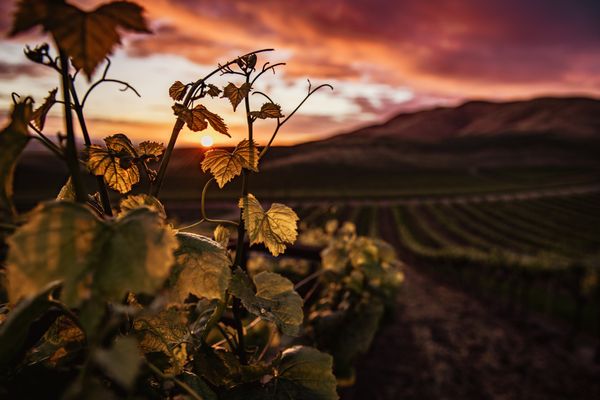 Read the full interview at inpractise.com Rowan Gormley is a serial entrepreneur having started 5 start ups and worked under Richard Branson for 13 years. We spoke to Rowan